Our Boys Varsity team learns and applies basketball fundamentals such as defense, ball movement, stamina, and teamwork. The schedule includes a wide range of competing teams that provide numerous challenges, as our players learn to celebrate success, improve after losses, and work as a team. 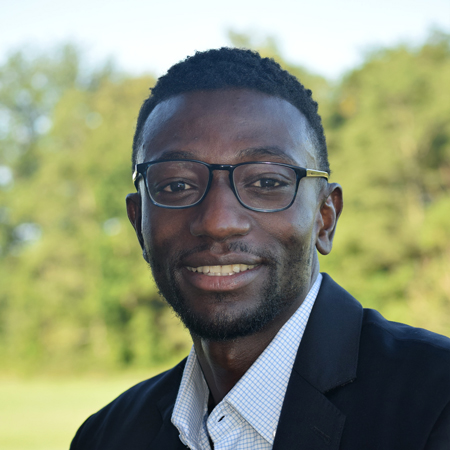 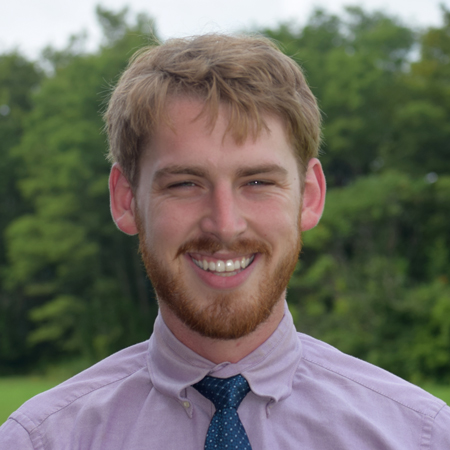 Darrow School Boys hosted Faith Christian and came out with the win with a final score of 71-41. Eight boys scored in the game. Cheikh came out with the most points of 16 in the game,  Baye had 14, Boubacar finished with 8 points. Jared pulled up with 9, Matthew had four 3-point shots totaling 12 points. Pablo pulled up with 5 points, Keller made a free throw and also had a layup. KD came into the game with a beautiful 3-point shot, and Eric defended with 4 blocks in the paint. The boys now play in the HVAL semifinal game on Wednesday (2/26) against Faith Christian. Boys now (11-6, 9-1) hold the number 1 seed in Hudson Valley Athletic League.

The Darrow Men's basketball team hosted Marvelwood School in D's house with a tremendous win with the final score being 76-54. There were 5 Ducks who made points for Darrow. Bye had a high of 37 points with 3 free-throws. Boubacar, always defending the paint had 19 points 4 of which were off of free-throws. Matthew with great defense all game pulled up with 8 points- 6 of those points were made off of three-point shots. Pablo made the Marvelwood Pterodactylus work hard, always running and making 9 points all 3 pointers. The boys worked hard as a team and are ready to improve together. The next game is Wednesday at Oakwood Friends School.

The Darrow boys team played a hard game against NYMA in D's house. Unfortunately, early on a NYMA player was badly injured, both teams pushed through and Darrow came out with the win with the final score being 47-32. There were 6 Ducks who scored in the game. Baye, always ready to put the ball up had 14 points with amazing steals. Boubacar had 11 points and always boxing out to put the ball back up if need be. Josh had 9 points all of which were open 3 pointers. Cheikh always taking charge of the court had 8 points. Matthew came out with 3 points from his beautiful 3-pointer. Jared communicated well on and off the court with the team and made a few intense plays for the Ducks.

The Darrow boys basketball team hosted Poughkeepsie Day School in D's house with amazing aggression. With the final score being very close, Darrow had the win with a 3 point lead of 49-46. There were 6 boys who scored for the game. Axel led the team with 18 points not missing any of his layups. Jawanza always with great defense had 10 points. Eric protected the paint had 10 points. Pablo held 6 points with great communication. KD always running down the court had 3 points and 6 assists. Haven implementing the offensive drills had 2 points and 7 rebounds. The boys played hard with intensity and positivity. The plays play against defending HVAL and NEPSAC champions at 4 pm on the 30th in D's house.

Boys Basketball vs. Marvelwood School (away)

The Darrow boys traveled again with the Lady Ducks to Marvelwood. From the start, the intensity was at its highest with the girls cheering every step of the way. There were 5 boys who scored for the Ducks. Cheikh, always ready for the ball had 15 points including a free throw for Darrow. Boubacar protecting the paint had 17 points with 9 made free throws. Josh, always rushing down the court with a total of 18 points with 4 made three-pointers. When on the court, Jawanze showed tremendous aggression and made 2 points. Erick took protecting of the paint and made 2 three-pointers with no hesitation. The boys will look back at this game to learn from as they take on Poughkeepsie Day School at home on Wednesday.

The Darrow boys basketball team traveling with the girls to face Redemption Christian Academy for an intense doubleheader.  There were 6 boys who scored for the Ducks- Baye had 21 points including 5 free throws. Boubacar had 11 points with 3 free throws. Cheikh made 12 points for Darrow including 2 three-pointers. Josh and Pablo both added 4 points and, Matthew had 2 points. The boys put up a good fight with intensity and sportsmanship. However, the Ducks did not come out with the win, but Darrow will learn from this game to enhance as a team. The final score was Darrow 51 Redemption 71. Darrow will travel to Kent, CT on Saturday for their next in league game against Marvelwood School.

Boys Basketball vs. Hoosac (away)

The Darrow boys played against Hoosac for the second time this season. The boys had a great start to the game, they moved the ball well and took good care of it until late in the second quarter. The boys had the lead in the third quarter but it slipped away again. The team made a great effort to get the lead late but fell short. The final score was Hoosac 53- Darrow 41. Cheikh had a great game and he leads the team with 15 points, Baye was very active and guarding well in the perimeter and came up with 13 points and 11 rebounds. Joshua played huge in this game, he finished with 8 points. The boys will play next on Wednesday away at Redemption Christian Academy.

Boys Basketball vs. Springfield Commonwealth (away)

Darrow boys basketball lost against the very high energy, Springfield Commonwealth team. The Ducks had a great start on the road and were leading in the first quarter. They carried the momentum into the second half before they started getting into foul trouble and the communication began to dissipate. The Ducks didn't win but they showed a lot of improvement and character. The final score was 61-51. Boubacar led the team by scoring 14 points, Baye came up with 13 points, Cheikh with 11 and Josh with 8 points. The boys will learn from these games and learn for future games.

The Darrow boys basketball team defeated Poughkeepsie Day school with a score of 54-30. The boys came to this game with a winning mindset. They were very sound from the beginning of the game. In the offensive end, the Ducks executed well, they moved well and took good shots. In the defensive end, KD was great at the point as he led the team in scoring with 15 points and Pablo scoring 14. Haven was a monster in the point and almost came up with a double-double. Darrow will travel next to Springfield Commonwealth.

Darrow boys basketball played against Vision Academy, and unfortunately, the boys came up short of a win. After a back and forth game and a lot of skill coming from both ends- our boys were not fundamentally sound with the ball. Turnovers cost the Ducks the game, as they were not very strong with controlling the ball with poor passes on the defensive end. Though the team is getting better and better the more they play against these big teams. The final score was Vision 65 Darrow 55. The boys will travel next to Poughkeepsie Day School of an inleague game

Darrow boys basketball traveled to New York Military Academy Saturday. The boys were unable to pull a win, but they played hard and entire game and showed a lot of character. Baye scored 14 points and grabbed 12 rebounds while Boubacar scored 12 points.  Our boys were very sound going against the full-court press zone. The boys will take on Vision Academy on Monday at home. Final score, NYMA 44 Darrow 28

The Darrow Boys Basketball hosted Doane Stuart on Thursday and won by 82- 46. Cheikh S. led the team with 17 points and 8 rebounds and 6 assists. Joshua has his third big game in a row with 15 points and 6 rebounds. Baye N. was exceptional with some flashy dunks and came up with 14 points and 10 rebounds. Boubacar played well, especially in the defensive end. Pablo and Kwadere had a great game and played hard. Axel scored his first basket of the season and Haven was a monster in the paint by grabbing 5 rebounds. The boys will be back in action against a very good New York Military Academy team on Jan 11th, 2020 at NYMA.

The Darrow Boys Basketball won their second league game against Oakwood Friends. Sophomore Joshua scored his season-high with 23 points, Kwadere put up 5 points, Matthew L. had 5 points. Axel had a very good game as well, he was very aggressive attacking the basket and very active on the defensive end. As a team, the boys took good care of the ball by making good decisions. Darrow boys basketball will play their next game against Doane Stuart at home on Thursday, December 19th  at 6 pm

The duckies snapped their second loss of the season against a very good Springfield Commonwealth team. The duckies were down by 5 points in the first half. The boys picked up in the second with some intensity in the defense. Matthew Lucien and Pablo came in the second and gave us a great lift. Yet, the boys had the momentum a majority of the game, unfortunately, came short at the end of the game. The final score was Springfield Commonwealth 65-Darrow 57

The boys will try to bounce the next game against Oakwood on Wed. Dec 18 at home.

Darrow Boys Basketball team played well enough to win their third basketball game of the season against Evangale Christian Academy until the third quarter arrived. Then everything fell apart. They made costly turnovers and gave away offense rebounds that led to easy and decisive points for the Evangale team. Boubacar leads the team with 20 points, Baye 14 points, and Cheikh 11 points. The boys will play next game at home against Springfield Commonwealth on Monday at 5 pm

The final score was Evangale 67- Darrow 50

Boys team played their second game today at home versus Hoosac. Darrow won 60-42, this one was a team victory. All the players played very hard especially on the defensive end which lead us to a good offense. Boubacar came up with 20 pts and 10 rebounds, Baye added 17 points and Cheikh 19. The boys will have their next home game on Saturday (12/14) vs. Evangel Christian Academy at 3:30.  #keepknocking

The boy's team has their first game of the season last week. Baye had 27 points and grabbed 12 rebounds, Cheikh added 17 pts and 6 assists and 7 rebounds, Boubacar had 16 pts, Josh had a big game with 11 pts, Pablo had 8 pts and Jared had a solid game with 5 pts. The boys played great defense and executed well in the offensive end. The boys have their first home game on Wednesday versus Hoosac and it will be a second great test for us. Please come out and support the boys. #keepknocking 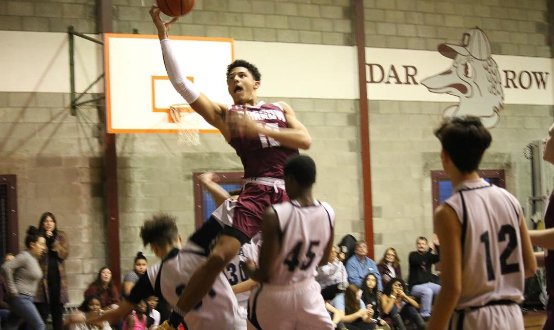 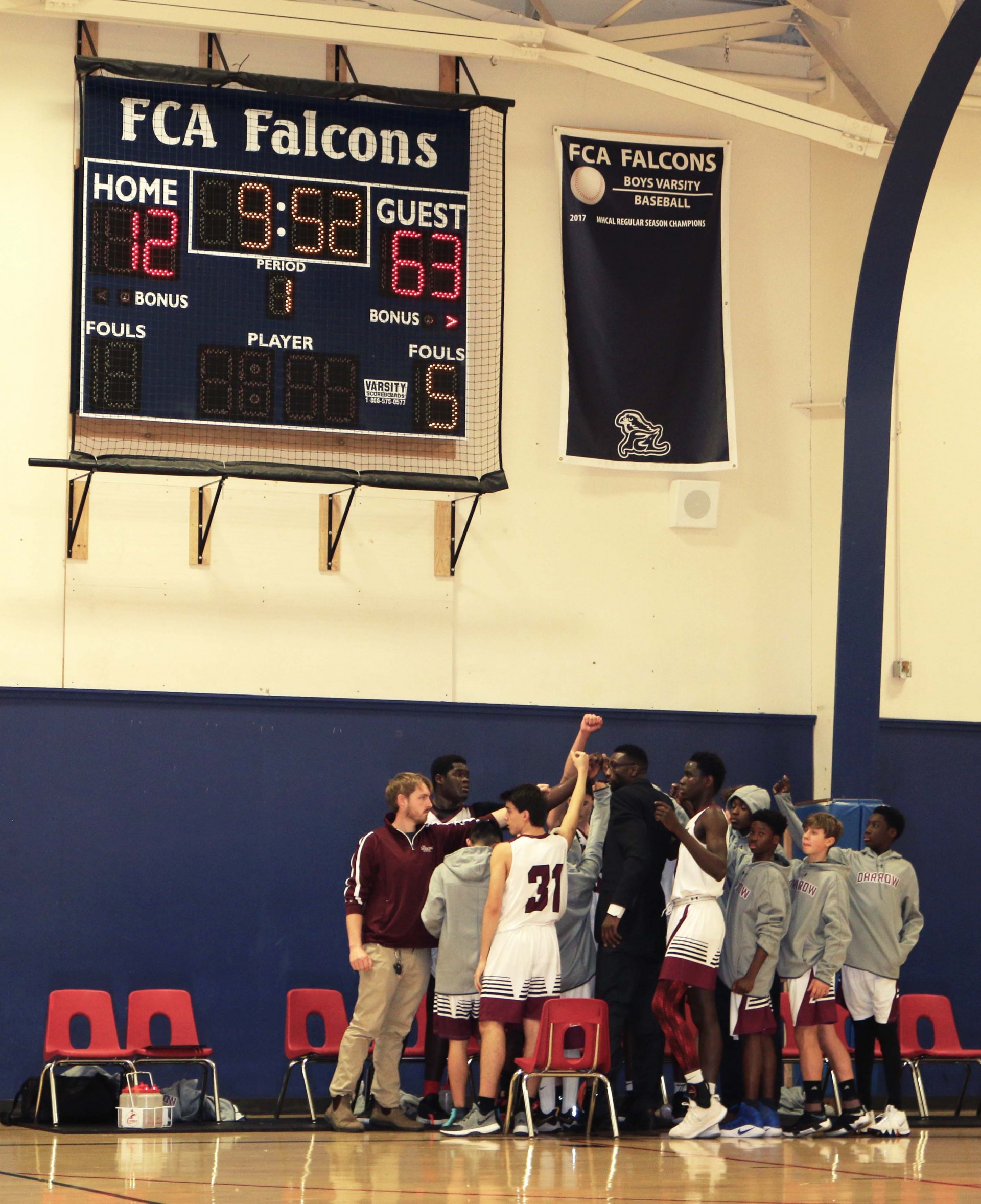 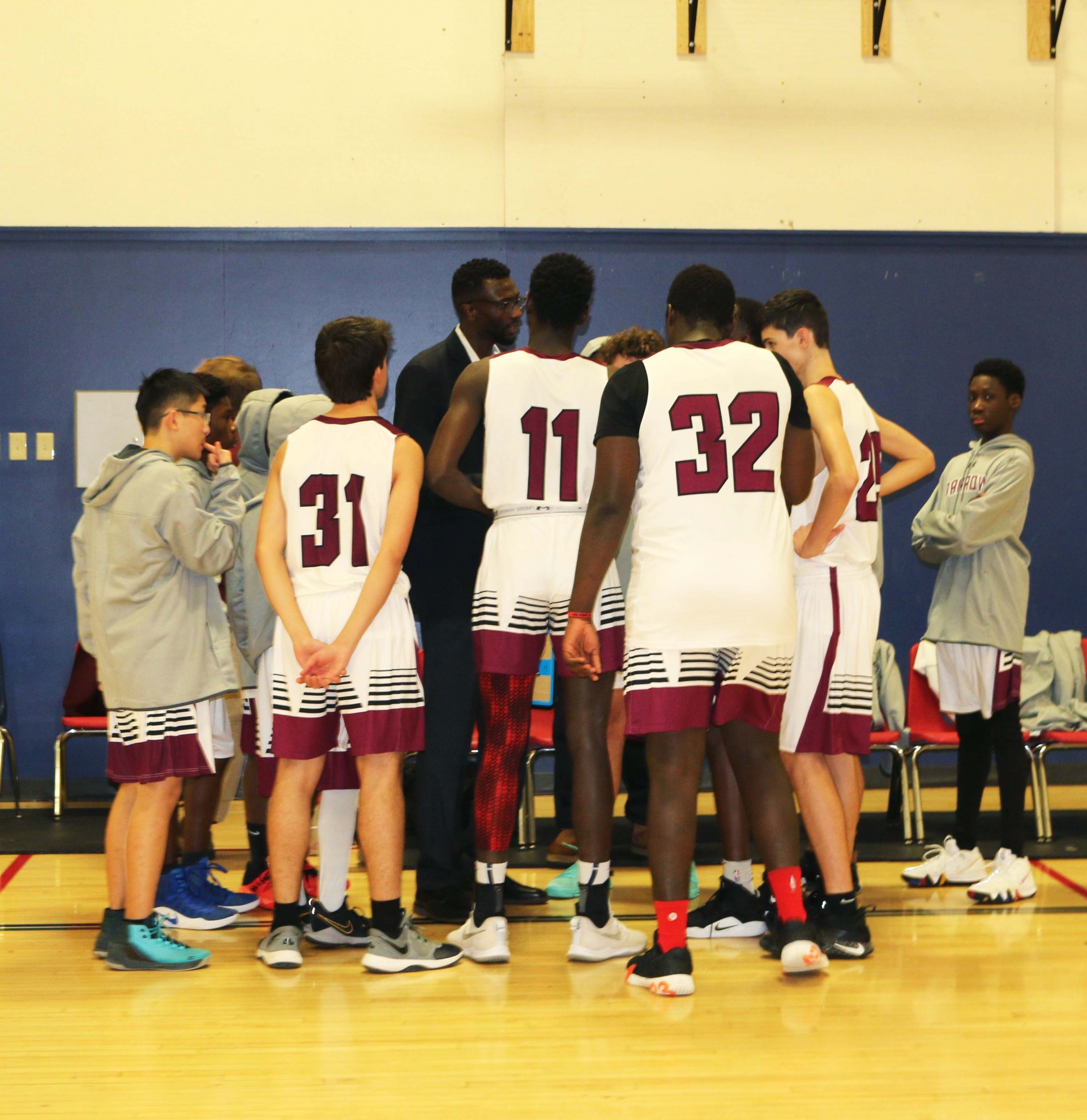 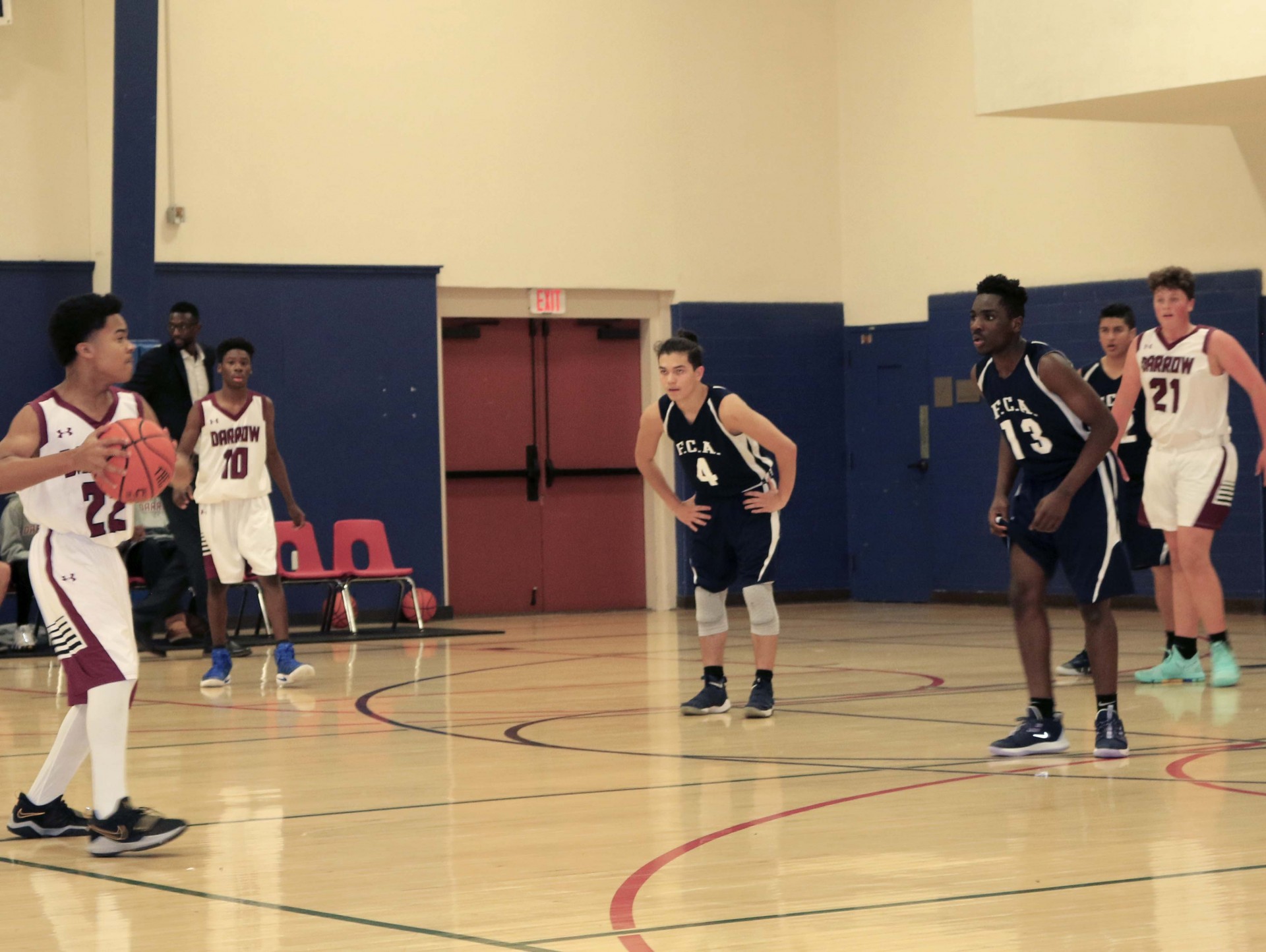